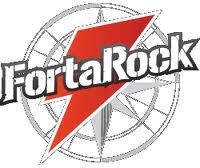 See Finntroll for free and get Heidevolk and Myrkvar as a bonus, this is something to die for. In Nijmegen this is one of the many concerts during the annual vierdaagsefeesten. We simply had to be there.

Myrkvar
Myrkvar had to open this free festival. They played a nice gig, although this is not my favourite style, the band did well
Score: 6/10

Heidevolk
After this opening by Myrkvar, The Dutch nr. 1 folkmetalband, what else do you wnat. A nice concert, their new violinist proved she could contribute fully to their live-experience. The fact this is for free draws a lot of curious Dutch people to the grounds, but this doesn’t mean they can stand still and watch. Soon everybody moves at his own way to the music, doesn’t matter if this is banging in the moshpit or more quietly waving a little bit further from the stage.
Score: 7/10

Finntroll
What do you want more? Finntroll of course. I think Finntroll quite nice, but it’s a bit chaotic sometimes. This impression was the same seeing them live. Quite a nice performance, but not all songs were done nicely. In contradiction to the two bands who performed earlier, the lyrics couldn’t be understood. The instruments couldn’t be heard in the messy mix. A nice concert, but it could have been better.
Score: 7/10