Fimbulvet is a German four-men piece, making a kind of Pagan-blackmetal. The band is grounded in 2003 and ‘Frostbrand – nach flammen sehnsucht’ is their third full-length album.
The songs are sounding very fast and heavy, with strong alternations within the songs. The singing consists of grunting and screaming, alternated with ease with epic male vocals. The songs are very catchy, but don’t stick directly. After you’ve listened to this album a few times, the charm of this band begins to get to you. The compositions are very strong, with a clear style of their own. The guitar takes a lead part in their tracks, in the way Wintersun does this.
Besides the fact, the speed is often very high, there’s time enough to get a little rest every now and then. The beautiful ‘Des Wasubs Erde’, which starts off acoustic and slowly builds to a climax is a nice example of this. And also the addition of clean vocals creates a resting point within the music.
I have to say, it was a rather difficult album to review. Despite the fact, everything is put together very well and is also very catchy, it doesn’t seem to stick somehow. It’s very hard to keep listening very concentrated to this music, and this put to together with the earlier comment makes it almost some kind of background-music. All in all a reasonable album for the fans of somewhat easier pagan-blackmetal. 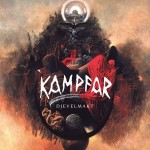 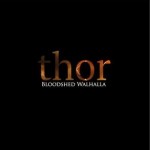 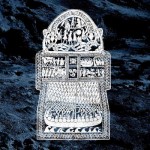 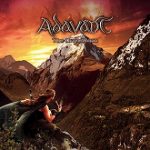