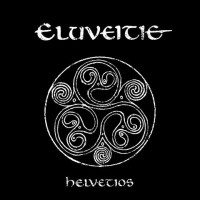 Eluveitie, who doesn’t know them by now? After their strong debut ‘Spirit’ and the possibly even better ‘Slania’, the breakthrough of Eluveitie was a fact. Due to extensive touring with big tours like the ‘Heidenfest’ and ‘Paganfest’, this band is one of the established, populair folk-metalbands nowadays.
The new CD of these men and women is finally here, after ‘Everything remains as it never was’ which wasn’t received that positive. On the record are 17 songs, with a total time of almost an hour, enough to listen to! Lyrical, the band sings again about the old Helvetia, though this time the album is a concept-album.
The First thing that’s recognizable from this record is that it continues in the way we are used of Eluveitie; catchy flute-, violin-, and hurdygurdymelodys, altered with the brutal vocals of Chrigel and death-metallike guitars. What caught my attention was that Anna served a bigger role on this record, she sings a lot more, certainly a positive aspect! If Chrigel and Anna sing at the same time, it sounds beautiful, however, the songs that are sung by Anna alone tend to sound ‘poppy’ and lack strength. The songs are strong, though they sound less catchy than songs like ‘Thousandfold’ or ‘Inis Mona’.
This is also the weakest point of this record. While the performance is from an (almost) constant height, there isn’t a song which is really spectacular or memorable. It all sounds terrific, though I tend to have a feeling that something is missing.
As said above, the quality is of a constant height. Eluveitie, however, makes their biggest mistake since they started with the song ‘Scorched Earth’, terrible! The song exists of long shouts of clean vocals, accompanied by simple background music. Too bad, because this song decreases the average quality reached on this record.
The conclusion of this album has two sides. O none side, this album is a strong folk-metal album, with a high quality. The other side is that the record seems to miss something, some of the pure strength and force which was heard on albums like ‘Spirit’ and ‘Slania’. Eluveitie remains at the top of the folk-metalscene, though I doubt they’ll get more fans with this album.