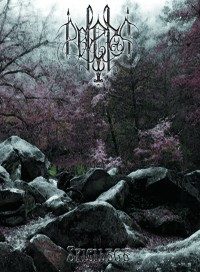 Prejudiced people often think that metal-music is made by hairy, black-dressed people who grabbed the instruments and started to violate these instruments. Of course, most of you know that this is false. There are, however, exceptions, like Belenos.
This band from France decided to re-release their album ‘Spicilége’. Why they did this is not completely clear to me, especially since this album is from 2002, not so long ago. However, the band tried to do their best with this release, adding 7 extra bonus tracks, which brings the total length of the album to a massive 76 minutes.
I can be short about the music. Aside from the descent acoustic intermezzos, this music sounds terrible. Black metal comes in many different variations, but this record never transcends the level of ‘bashing on instruments in the rehearsal room’. This could be because the production is bad, despite of the fact that it’s remixed.
It’s clear that Belenos makes noise, not music. And while that’s nice to hear once in a while, it needs to be done well. Musicality is not to be found on this record. Spend your time better than to liste