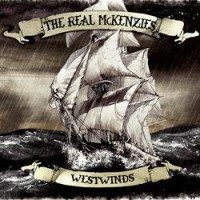 After the release of the previous album by this ‘Original Scottish Canadian Punk’ band ‘Shine not Burn’, they toured a lot, also through Europe. They brought along a lot of pleasure with their punk, covered with a little folk-sauce.
The Real McKenzies are the kind of bands you want to see live rather than listen to it on record. The records are to remember the nice gigs by. It’s always difficult to transfer this atmosphere to CD.
The bands succeeds in this in several songs like ‘Fool’s Road’ an ‘My Luck is so Bad’ for instance. But especially in the first half of the album, there are also songs when you get to think: Is this it? But when you stick with it and get to ‘Hallowe’en’, you get the feelings it’s a nice album all together. The final song is for me the very nice song ‘Barrett’s Privateers’. The pipe-solo is nice, but feels more like a bonus. I shouldn’t miss it if it was not on the album.
All in all a very solid album. One with which the fans of this band shall be pleased. But despite of the fact there are a few songs on the album which may never be left out on their play-list live again, it could be just a bit nicer over all.