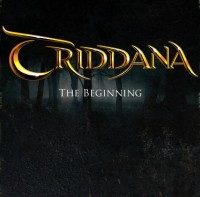 I’ve been fan of the Argentinean band Skiltron for years now. This was the reason that the review of Triddana was given to me. Skiltron was splitted in two, and the members that left continued together with the name Triddana. Under these members were the singer and the bagpipe player.

As soon as I start playing the EP, I can feel the Skiltron vibe and I like from the very first bagpipe tone. Halfway the song I wander why I’m fan for Skiltron for so long, as Triddana could reach at least the same level already!
For the people who have no clue what Skiltron and Triddana are about, these two are the most southern Scots on earth and there music is a mix of the old heavy metal, with bagpipes and flutes an so on. Anyways, Triddana is the new Skiltron, but is there a difference? Yes there is, Triddana is folkier, more bagpipes, more flutes and more toms…. there’s also a lot of keyboard, which gives Triddana a more melodic sphere, and that is a really nice thing on this EP.

Conclusion:
Awesome! These man ofcourse have some experience with these kind of music, but this is at least for me, better then they ever made with Skiltron! 4 songs is short, too short, and I really hope there will be more soon!
Assure yourself you have this EP at home! And that’s easy becauce it’s a free download.