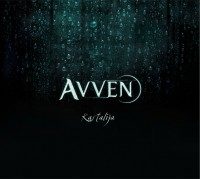 Avven is a Slovenian band which released the album Kastalja in 2011 already, but they asked us to do a late review on this one, something we do with pleasure, of course.
Immediately at the first song, you know what they’re up to. Again it becomes clear the interpretation of Folk-metal is very different all over the world. In the Netherlands and Germany this would more likely get the label folk-rock, but this doesn’t mean it’s not nice. Avven uses multicultural folk-influences. Where songs like ‘Ros’ remind you of bands like Cruadalach but also Fejd, ‘Ibo’ is a Humppaa song with a Slavic feel, one you can sing-a-long with. And you’re probably not surprised the song which was later released as a single, ‘sPain’ has funny Spanish highlights. Avven has somewhat of everything, they can play it all, so they’re very skilled, obviously.
The album bursts out with all kinds of multicultural folkrock, but it stays one sound over all, the influences never take over.
It’s a pity it never gets above ground level. It stays nice everywhere, but you never like to turn the volume to the max. And to my personal opinion they can put much more of flutes, violin en bagpipe in it. The band has them already, but they never jump out, they almost everywhere in the background.
But they show what they can do with this album, the next one might be a very strong one, if they can build out this kind of songwriting.