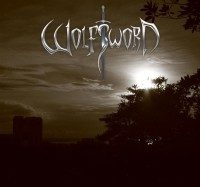 Often in folk-metal, in my opinion even more than with other subgenres, I have the idea that a certain band has potential, but that the elaboration of it results in putting the CD next to the others, hardly listening to it again. Wolfsword is such a band.
Word Wolf is a band that was founded in early 2010, and delivers with ‘Wolfsword’ their first EP. As I said, this quintet from the UK certainly has potential. The band plays fairly standard folk-metal, with lyrics that protrude from the clichés. However, this never interferes. The melody played by flute and guitar are very catchy and easily get stuck in your head.
Yet you will not make it by catchy melodies alone. The songs are a bit busy, and too much ideas are put in a too short amount of time.
Furthermore, the vocals doesn’t sound quite nice, and are a bit shrill in the mix. This results in the second, and perhaps the most disappointing point; the production.

The album sounds so dull, that all the power and potential of this band is lost. The guitars are too low in the mix, the vocals too loud, and traditional instruments (which they apparently use according to their bio) sound like cardboard.

If this band can focus on producing more structured songs, and look for a better production next time, I’m sure this band can release a solid record next time.