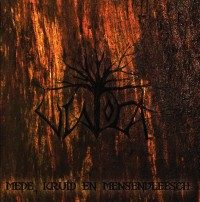 On an ordinary Thursday evening it was time for Viatora to finally release their EP ‘Mede, Kruid & Mensenvleesch’. Especially for this occasion, not 1, but 2 release parties were scheduled, one being in the cozy little Irish pub Shamrock.
Without a support act Viatora started around 10 o’clock. As could be expected from a release-party, all the songs of the EP were played. The sound was quite good, though it differed from where you’re standing in the small venue. The songs were played with a lot of resignation, in a way you couldn’t resist to start headbanging!
Just before the EP was released, the band changed a bit. Violin player / vocalist and flute player and the bass player left the band, being replaced by a new violin player and a new bass player. The two new members of Viatora fitted perfectly within the band, since there wasn’t much difference in the way the songs were played in comparison to the old line-up. However, the missing of Thijs, former flute player and vocalist was clearly noticeable. Songs like ‘Trollig’, where there’s a lead role for male grunts, sounded a bit empty without the contribution of Thijs.
Rating: 8/10