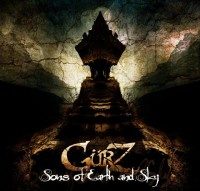 Gürz is a band which is busy for a long time but they didn’t have a full line-up for several years. They hit the studio shortly after they completed their line-up earlier this year to record a promo EP.
The first track starts a little weird, but after a short intro a nice folk-metaltrack is revealed. Influences of bands like Ensiferum, Turisas in their early years and others are obvious. Not very original but a very nice track, besides the intro. Gürz is a band from Turkey a region where there are no big folk-metalnames (yet), so the urge to have a very unique sound is maybe not as big as in western Europe.
And the same goes for the second track Göç, where the same influences can be heard.
The 3rd track is quite different, Storm Avenger doesn’t have this nice feel as the previous two songs. It lacks a bit of balls.
Fortunately the last track which is also the title-track of this EP is a bit more like the first two tracks, the vocals start to nerve me a bit, because it sounds a bit forced. But also the backing vocals aren’t that nice. It’s only when all these voices come together it has a nice touch.

Gürz describes its own music as folk influenced metal. When I’m listening to this album I should say they’re more influenced by folk-metal bands then the music. Despite of the fact it’s not very original it’s sounds not bad at all. It lacks some original folksounds. I would have liked it better if there were some Turkish folkinfluences on this record. And
Apart from Storm Avenger it’s a rather decent promo. Nothing special, but a nice band in their region.