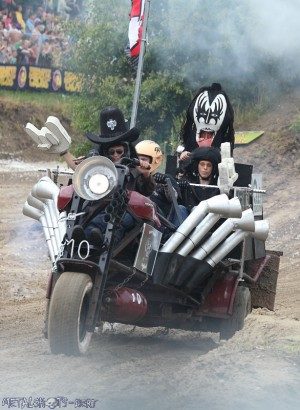 The Zwarte cross is a festival with a great atmosphere, it’s been kept every year in Lichtenvoorde, The Netherlands.
The festival has lots of stages where different types of bands play. The main event of this festival, is a motor cross. (It all started many years ago, with an illegal motocross, that’s why it’s called Zwarte Cross, means Black Cross).
With so many different things you can do at the same moment nobody can be bored at this festival. Zwarte cross is still growing every year and every year they got more visitors who come and see this festival and see what’s it like if you are really there.
The sphere in this festival is really amazing. The theme of this year was: Love Peace and Happiness, and that kind of describes how it feels when you are there because: everybody is so different but everybody respects each other, if you are on the festival it almost feels like you are just one really big group of people who come there separately.

After the really high temperatures of the last week, the terrain on the festival very dry, but after the rain on Saturday morning it was turned into a big pool of mud on some places. But luckily for all the music fans the terrain around the stages was still intact so everybody could jump and party with the bands. The previous years this festival had a metal-stage. This year this was skipped and a new are called Meltdown came in it’s place. Here you could see metal but also rock bands, so this meant there were less metal-bands and for Folk-metal.nl only Die Apokalyptischen Reiter were really interesting.
On Saturday night Sabaton was the last who played. During the whole show they kept the public jumping, singing and dancing. It was an amazing performance, the music was very good and the show kept everybody partying.
The good thing about this festival is that you can never be bored, there is always something you can do. If you want to go to a fair, or a band or a motocross, theatre, stunt-shows, you name it, it is there and all with a lot of humor in it.
And even if you just sit down for a drink or something to eat, you can still watch how many different people are on the same festival or watch street some street-artists doing a show.
The food on the Zwarte cross is very good, there are many different species and all with a good taste.
The Zwarte cross is really a festival for everybody, no matter how old you are, or what sort of music you like.

Die Apokalyptischen Reiter
The only band which was especially interesting for Folk-metal.nl was Die Apokalyptischen Reiter. They played on the Friday evening. Despite of the fact they didn’t play many folk-like songs, they had a nice setlist. Unfortunately no Friede seit mit Ihr, but with songs like Reitermania, Wahnsinn, and Die Sonne Scheint they band managed to make it a nice party. Despite of the high temperatures there was a fairly large moshpit and the audience was really enjoying themselves.