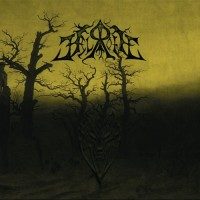 Helroth was founded by ex Vecordia member who wanted to put more power in the music. They have released an EP already, called ‘Wataha’.
The band makes a nice blend of all kind of well-know folk-metal elements. No, not the ‘alcoholic’-kind, but all kind of other elements are used. The first track Prząśniczka for instance, starts with a nice Polish female choir, after which a nice clear male voice joins in. Then we get very nice flute, but I have to say, it sounds a bit messy when it joins in. This is not caused by the flute itself, but is little failure in the mix-process. The female choir comes back all the time, but is not of the usual traditional Slavic kind, but much more withheld and demure. This is a very nice contrast with the sudden male metal-screams.
This track is followed by 972, another nice composition. The music had indeed become more power in Helroth. The pounding drums and solid guitars lay down a nice sound on which the violin, but the flute in particular weave a nice Polish pattern.
The traditional female vocals strike me again in Silitian Tale, very nice this combination of vocals.
After this we get two more nice songs at this EP.

Nice choice of these musicians to follow this road of their own choice. The music of Helroth is indeed very nice. I really enjoyed this EP, which is a fierce mix of metal, flute and violin, male clean vocals and metal-scream, but the distinctive factor are the female vocals. They aren’t done in the merry folk-style, but much more withdrawn and this gives Helroth a very nice sound of their own. Nice EP to start with, there are some flaws in the mixing and production of this album. But it’s very promising!