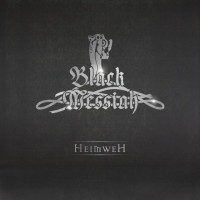 Not even a year after the release of ‘The Final Journey’, Black Messiah is back with a new album. ‘The Final Journey’ was a fine album, but could they keep the same quality throughout this release?
Black Messiah plays a mix of power and folk-metal, with some rough kind of clean German vocals. The sound is based around the guitar, though the keys and the violin play a pretty big role as well.
This album feels, how could it be any different, a bit rushed. The compositions aren’t as strong as on the previous album, and most of the songs lack a bit of consistency. On top of that, the violin sounds a bit dissonant at times.
However, this release isn’t that bad. The powerful and unique sound of Black Messiah stays, and the record has some good moments. However, I think the band could’ve done a lot better if they’d taken a bit more time.