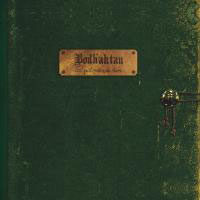 The sympathetic French Canadians of Bodh’aktan present us Tant Qu’il Restera du Rhum, wich is their second album. And to be honest, it’s a great album.

From the very first seconds of La Boutaille est Agreable until the last notes of Le Set de Balais this album is a joy to listen to. The up-tempo songs are in a good balance with the beautiful ballads. The band states that their music is made to party, and that’s exactly what this album does.
Despite the many similarities with other bands in the same party folkpunk scene (like Flogging Molly) they do know how to give this style their own spin. The French lyrics and the Breton and Quebecois influences make them unique, despite the similarities. The violinist and the lead vocalist are also worth mentioning, they’re both a joy to listen to. They give a nice extra touch to the music.
The production of this album is also very well done. Despite the full line-up you can hear every instrument. The sound as a whole stays nice and bright.

There isn’t much more to say about this album. Except that this makes a great Christmas gist, if you haven’t got one!