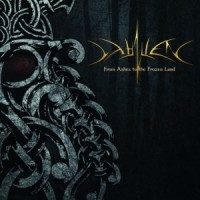 Two years after the releases of Tribute to the Fallen and the by us reviewed Endless Horizons it’s time for a new piece of Flemish metal.
Ithilien, who’s best compared with German Paganmetal bands but with a little more black influences, have clearly set a step forward!

A lovely folkmelody intro gives us the right atmosphere to stand against the violence of the first song, Unleashed!
Clearly is that they’ve listened to my college Nick, who reviewed the song Endless Horizons and said it lacked some coherency, because this album is one big thing.
The album still has two faces, the part with much bagpipe-alike keyboards and the cruel metal part, but on this record that’s actually a big extra. Sometimes the sound is quite sinister like the song Rebirth. After all line-up changes last year these men are kinda reborn themselves, but with this CD they show themselves stronger than ever.
Yes, we’re listening to a folk-metal record, so this means halfway it’s time for “Drinkin’ Song”, but for who expects to hear some korpiklaani alike material, oh boy how wrong you are. It’s kinda dance-able, but only by headbanging and moshpitting.
Myself I’m quite fond of Mother of the Night, up-tempo and catchy, but still raw and tough, the way I like it.
With Northern Light the records already nears it’s end, sinister and mystical it all starts to swell. A beautiful finishing touch on such a pile of violence!

In the end it’s a pretty good album, I can get used to this. I hope to hear more from Ithilien in the future, especially a live show would be awesome.