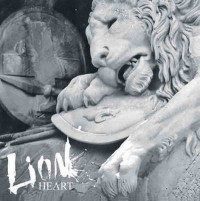 The Chinese band The Samans are rather productive. They released an EP almost every year since 2009. And they call this ones EP’s in quite a humble way, but amongst these releases are pieces of work which would be called an full length by a lot of bands. The latest release ‘Lionheart’ is about half an hour long, but there are no less then 10 tracks on this one. Their motto seems to be, better short and good, then long and boring.
Misty Mountains starts with a nice percussion rythm, followed by piano, followed by nice flute. A rather Celtic tune, but with the high notes, we hear more often in typical Chinese music. This short track is followed by a rather solid piece of work ‘A Heart Gone Wild’, a nice and catchy tune, which gets you really in the mood for more.
And you won’t get rid of this feeling in the epic intermezzo Glorious Days.
In the next track Mercenary, the industrial elements demand a bit more of the bands attention, but it’s still a nice catchy track. The catchy guitars grab you, while the synths give it a nice thick layer, and what a nice voice…
Funeral for a Soldier might be over two minutes long, but it still is an intermezzo, but the good thing is, it’s a nice one.
In 1792 we hear nice old instruments, but I wonder if this is all real. But I can’t say it sounds bad, it’s rather nice actually. The song has all kind of influences, like the chorus-synths which give it all a kind of orchestral feel and then it all changes back. The Samans have a real unique approach to music. And just when I’m about to describe what it is, they throw in a rather authentic Celtic intermezzo Jig. And change the whole approach to industrial metal. To end this album after another intermezzo with another nice mix of styles.

This album makes me rather dizzy and I don’t know really where I’m listening too, but in the end who cares. It’s nice, it’s catchy, it has folk-elements, even a lot sometimes. The vocals are great. Who cares what this is? When you like something new and something refreshing, listen to these Chinese guys, they surely deserve you give them a try.