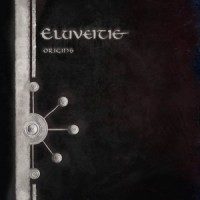 It is nothing new that the Swiss band Eluveitie is an established name within the latitudes of folk metal. The band that became immensely popular after the release of their second studio album ‘Slania’ in 2008 has become a recurring name on many large-scale festivals and ‘Rock the Nation’ events such as Heidenfest and Paganfest. This band that needs no introduction releases its sixth studio album with ‘Origins’, which again emphasizes the Celtic influences and ancient Gallic stories.

As is often the case with established names in general, certain expectations are created for each new release. Do not expect Eluveitie to strike a different path than the familiar folk tunes with Origins, because this is exactly what the new album has to offer: much of the familiar Eluveitie sound and a healthy dose of traditional folk instruments. The album starts off with the familiar voice of the narrator who was also present on the album ‘Helvetios’. The song then smoothly flows into the second track on the album, ‘The Nameless’, in which it immediately becomes clear that the guitars and drums have been pushed to the front way more since the release of the last album. ‘From Darkness’ is another typical Eluveitie track, which feels exactly like the ones we are used to from the band. However, this is not always a positive thing, because the familiar trick that the band still seems to get away with is gradually getting a little boring to say the least. The fourth song ‘Celtos’ however, sounds very original and refreshing, and is definitely the highlight of the album for me. The songs that follow continue exactly as expected, without any real peak or highlight. Hardly any of the new songs seem to stick into my mind. And speaking of expectations, what is an Eluveitie album without one or two songs that put Anna Murphy into the spotlights? The song ‘Call of the Mountains’ is once again a typical song for Anna, but it does not equal the same level that songs such as ‘Slania’s Song’ or ‘A Rose for Epona’ from the last album had. The two tracks that follow are of the same level, and the song ‘Vianna’ has a similar sound to the aforementioned song Call of the Mountains. What is special about this song, however, is that it will be released in six different languages, namely English, Swiss, German, French, Italian and Romansh. However, with the solid track ‘The Silver Sister’, the album recovers from the aforementioned routine. All the following songs seem to carry on at the same rate, and the better half of the songs are without doubt the last couple of songs on the album. The song ‘Carry the Torch’ is a worthy track that carries the listener towards the end of the album. This feeling is being enforced by the lyrics that are in ancient Gallic, while the rest of the album is mostly sung in English.

Origins has become a pretty decent album, but does not equal the level that was set on albums such as ‘Spirit’ or ‘Slania’. The album hardly contains surprising elements and offers a lot of the same. This might satisfy the loyal Eluveitie fans, but the music could be a lot more ‘exciting’ in my opinion, because the band drops a lot of points in terms of originality. Eluveitie however, remains loyal tot heir own sounds, and in terms of composition and production this is once again a solid album. Eluveitie is darn good at what they do, and apparently the audience still enjoys it.