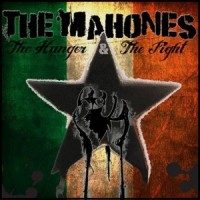 Can a Celtic Punk album be a work of science? The Hunger & The Fight teaches us the history of Celtic Punk. It shows how classical Irish Folk songs like The Auld Triangle and the typical punk-rock anthems like I Can Only Give You Everything are blended to create beautiful Celtic Punk songs like A Pint Of Plain, which is one of the nicest Celtic Punks songs ever!

Not only the history of music is told here, with ‘Stars’ these punks teach us a nice lesson Irish poetry as well. This song is about Oscar Wilde, and which poet suits this music better. ‘The stars look better from the gutter’, how more punk can you go?

But science doesn’t stop here, The Hunger & The Fight is biology as well. It’s the beating heart of this Canadian band. The whole album is about what makes them tick. Celtic heritage, punk music, the downside of live and the always appearing stars in the sky.
And they stayed punk all these years, never realising they became stars themselves. Which brings me on the healing effect of this album, when you’re down and out, listening to this masterpiece will surely bring some light into your live.

This albums isn’t only a ‘must-have’ for every Celtic punk fan, it’s something which should be in the collection of every fan of music in general, because is doesn’t only teaches us how this music was born. It’s also the fact The Mahones have written history with this first part of The Hunger & The Fight.
This is the best Celtic Punk album ever made!!!