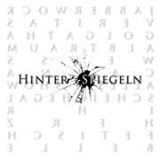 Hinter Spiegeln is the second album of the German Medieval/Folk rockband Feuerseele. The band has delivered a nice piece of work with this album. On this album are twelve nice songs, and the only thing I miss a bit is real power.
We could hear some very solid rock, a bit folk-metal on their previous album Erntezeit. But on this album they take a little step back. This seems an well taken choice, because it never sounds weak. I like it a bit louder, but I’m glad they didn’t take a step back with the folk and Medieval stuff. These elements are still there, in a large amount!
With the nice tunes of authentic instruments Feuerseele still rocks on, with a lot of very nice songs like Veritas, Golgatha and Albtraum which call you to the dance with pounding bagpipes. These bagpipes are the main reason the music of Feuerseele is so nice, they take a lot of the songs to a higher level.