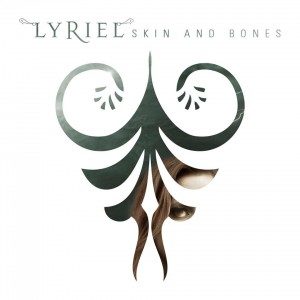 Let’s make it clear from the start. Lyriel is not a typical folk-metal band. Not only varies their music varies from rock to metal, it’s a style which will be appreciated by fans of the Gothic genre. But there are folk-influences too!
The first track, and single, of the album ‘Numbers’ is just such a song which has this characteristics. A nice solid track, and there are some nice folk-pieces, done by the violin. But their music is better ‘digestible for the masses’.
The vocals are clean female ones, sometimes assisted by clean males vocals, in ‘Black and White’ there are some mean grunts as well. This gives this kind of poppy Nightwish-kind-of track an very nice taste.
The scope of this album is quite big. From ballads like ‘Dream within a Dream’ through rock and metal to the mean grunts in ‘Black and White’. Spiced up with violin and cello for the fans of folk. And compared with their previous album ‘Leverage’ it has a lot more folk. But what’s more important, this album is much more pleasant to listen to. The songs are nice and despite the wide range of styles, it’s very consistent throughout the whole album. The fans of folk, won’t be completely satisfied and probably think a rating of 7 is to high. But when you like it to be somewhat more ‘clean’, you will enjoy this album for sure.