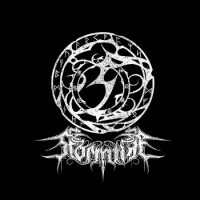 Australia’s Stormtide have finally released something new after the killer “A Skalds Tale” EP back in 2013 with a single called “As Two Worlds Collide”. Self-described as “symphonic folk metal” this Melbourne six piece would probably sound closest in comparison to an Alestorm/Vorna/Helsott/Nothgard mashup with more of a leaning towards symphonic and less towards swashbuckling/pagan/folk tracks…..maybe old Rhapsody with more folk metal influences for sure. At just under 5 minutes, the new single “As Two World Collide” is certainly a tease since we have not heard of the release of anything that this would be the harbinger of, but certainly something is looming on the horizon (and yes I know they are tracking a soon to be album according to their Facebook page).
If you enjoyed the EP, this single could certainly have been the 6th track off of it, albeit definitely not the same mix as the EP. The EP I felt had a more transparent sound than this single, with vocals having a more open sound and instrumentation having a more lively feel. The single by comparison sounds a little flat and boxy. Despite that, “As Two Worlds Collide” is chock full of Stormtide flavor, most notable the keyboard work of Reuben Stone. The keys fill in where normally you would hear traditional instruments and I think that gives Stormtide (I am going to say it) a more “progressive” sound, but not in the pretentious way. The song is simple enough in structure to make it accessible and not be a listening workout.
“As Two Worlds Collide” is catchy and hook laden with tasty guitar work by Nic and Jason, a drum and bass master class by Jake and Simon with Taylor being your master of ceremonies in the vocal department, switching between vocals style adeptly. So grab your copy of A Skalds Tale (if not, go get it) and add this single right after it on your playlist…