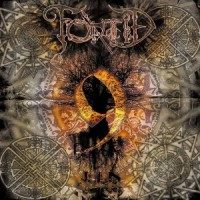 Viking/Black Metal act Fortið have returned and issued forth their 5th full length entitled simply “9”. It has been almost 3 years since the “Pagan Prophecies” album was released, continuing in a string of blast beat fueled albums straight from the heart of the Maelstrom. With the release of “Pagan Prophecies”, there was definitely more than a hint that, there were changes looming on the horizon in the Fortið sound. Now with the release of “9”, they are without question transitioning into some newer territories as far as musical direction is concerned. Much like Enslaved and Satyricon before them, gone is the necessity to be playing a constant pounding beat track after track. Instead, there are newer patterns and ideas which make for a more interesting listen that I believe will expand their fan base. I have mixed feelings about this album. While I appreciate the trend towards some different tempos and song styles, I still want to hear all those all-out warfare songs I have come to love from Fortið. Don’t get me wrong, the songs all still have the Fortið sound to them with probably one of the more recognizable guitar sounds out there, cutting thru the mix like a freshly sharpened axe. I think I am just anticipating the songs breaking loose into double bass drumming and blast beat driven tracks, which does not happen here. I believe if there was a little bit of the traditional Fortið style of track mixed in with the more mid-tempo newer tracks this would have been a more successful release. Tracks like “Hugur”,“Nornir” and “Galdur” satisfied my need for the frenzied older style with the fury and speed of old, but more of the tracks leaned more towards the simpler, mid-tempo style with interludes mixed in. I would call this a “transitional” album for Fortið in terms of being at a crossroads of sorts, whether to try and do some different and unexplored realms in song style or to stick with the tried and true material. My feeling is that Fortið will be doing some newer things and I will be interested to see where it takes us. Hopefully, the next release will have a little more direction and a more defined picture of where they are heading style wise. A decent album worth checking out for sure.