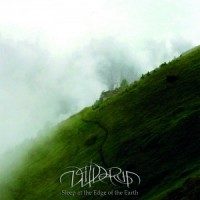 I can’t believe we are over 3 months into the year and this is the first full length album from an American band to get reviewed here. Thankfully, it is the 2nd full length effort from Boston’s Wilderun with absolutely no sign of the “sophomore jinx” in sight. While their debut album “Olden Tales And Deathly Trails” garnered some attention in 2012, this new album I believe will gain them even more notoriety, especially by metal music fans not typically into “folk metal”. While the first album I think had a lot more folk flavor to it, this latest definitely still has acoustic/folk touches with a lean towards more darker progressive metal reminiscent of Agalloch, Amorphis, “IX Equilibrium”-era Emperor and I believe, most notably, older Opeth.
If the first single, the 10 minute epic “The Garden Of Fire” was any indication of what to expect, then I guess we should all have been prepared. Wilderun has gotten heavier without sacrificing the melodies of the older tracks while also writing more challenging material in the process. I think some may question if this is “folk metal” but it doesn’t really matter what the genre tag as most are not close anyways. The album does the talking here…from the lush acoustic opening track of instrumental “Dust and Crooked Thoughts” right into the 4 parts of “Ash Memory” really are like no other folk album in recent memory with very complex layering of instrumentation, equal parts heavy and interesting. What is also a bonus is despite its complexity it is not pretentious like most “progressive” music can be, warm and inviting is more like it. Tracks like “Linger” and “The Means To Preserve” into album titled piano closer really show how powerful the songwriting in the Wilderun camp is…tracks that are 8 minutes plus but don’t feel like it with enough energy to sustain the mood and keep your interest. The beefier production on this album is a vast improvement from “Olden Tales….”, heavier and cleaner for sure, with a mix that is full of life with texture and passion. I hope that everyone gives this album a chance, whether it is folk metal or not….bands like Wilderun really do defy being painted into a corner by a tag. On a personal level, I was driving home from work while listening to this album at 6 in the morning (I work at night) and had this on while driving into the sunrise. This is the album that ushered in the new day for me, with a crescent moon and fading night yielding to the dawning of the sun…..a perfect soundtrack for such an occasion. An amazing second album and one that I hope does not get overlooked…..