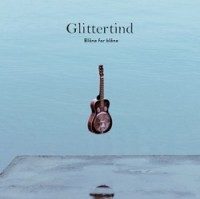 We know Glittertind’s music from the moment he started to release some stuff as a 17 year old boy. And on we could hear a variety of sounds in a cohesive concept. A lot has changed for Glittertind during all his years in music. Glittertind became a full-band over the years and the break-up with his old label Napalm are two of the major changes. All these changes where probably leading to the state the band is in now.
Glittertind seems to have reached the destination of his journey, but unfortunately for a lot of our readers, this destination doesn’t sound very loud. The folk-pop the band is making on ‘Blåne for blåne’ sounds very mature, sophisticated and ripened throughout the years.
I can easily understand a song like ‘Høyr min song’ (Til fridomen) is in the Norwegian charts for a long time. With this music you can easily reach a large audience.
But this kind of music is food for the masses and suits the Eurovision Songcontest better. I’m convinced Glittertind can reach a larger audience with this, then he did with his old songs, but for us at Folk-metal.nl it’s not very interesting anymore.