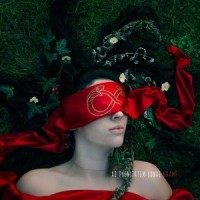 I have to admit I am getting a little annoyed with Ad Plenitatem Lunae. After releasing the killer debut “Tempus Non Est Jocundum” in 2012, they finally released a new single which I reviewed recently entitled “Acuile Uarbe” in hopes that the next album would be released soon.
Instead of the album they have decided to tease us with another single entitled “Grame”. Listening to this back-to-back with the recently released other single “Acuile Uarbe” it seems that Ad Plenitatem Lunae is definitely incorporating more of a “nu-metal” sound into their repertoire so a more contemporary style to it. Don’t worry….they still have the medieval vibe going on but definitely it is taking a diminished role to the “newer” sound. I think what is bothering me the most is that it is one song……no extras, cover songs, etc to really get you into the listening mood. Is the song good? Of course, but to listen to just one song when I can listen to their previous album is not a difficult decision….the album wins every time.
I am wondering if these two single were release as a “testing the waters” attempt at gauging interest in their slightly altered sound. They could have done the same thing with a few songs on an EP or just waiting until an entire album was ready to go. Again, another decent song from them but nothing to get excited over.
Once more, Ad Plenitatem Lunae, let’s get the album put together already and enough with the singles….you are killing me slowly over here.