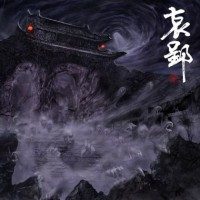 And now for something completely different. It is not often that bands from the Far East make their appearance on our site. One would think that part of the world is full of myths, stories and folk as well as any other region. Somehow it’s not converted into metal all the time. But now that we have a folk metal band from China, it is a good one. Unbelievably it’s a first full album for these guys (and one doll?).

Calling Black Kirin a folk metal band is only part of the truth. You will hear a bit of black, a bit of death, a lot of melody and lots of traditional Chinese instruments. Put all that in a blender, add some good song writing and you’ve got yourself a properly heavy and unique band.

The song titles and lyrics are all in Chinese, so excuse me for reviewing by numbers. Song #1 gives us a preview of what to expect on the album. Blowing winds, melodic electric guitar lines, combined with traditional Chinese snare and whistling instruments. Double bass drum pounding, mid-paced as well as furious speeds, screeching male vocals. Yeah, definitely melodic death, black and folk metal in one song. And it works perfectly. Not surprisingly Chtonic springs to mind.

In song #1 and several more songs, like #2 and 4, we hear a little child singing. Or do we? No, it’s some kind of woman. A crazy woman maybe? Very high and strange melodies for sure. Not to my taste, I have to be honest. But typically eastern and a USP for Black Kirin. Try it for yourself

Song #6 is my definite favourite. Varied speed, great guitar lines, plenty of aggression. Love it. Another great contender is song #8. Twin lead guitars, again quite a few traditional elements. Bombastic? Yes, sir. Kitsch? Maybe. But who cares if it’s brought with so much conviction. Song #9 is no filler either. Again, lots of ideas in one song. And Black Kirin pull it off. Great ending with fading guitars and Eastern instrument staking over once more.

If this is the start of a New Wave Of Eastern Heavy Metal, give us more!