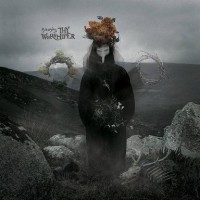 A short 8 months ago I was blown away by the epic, hard to truly describe latest release from Thy Worshiper entitled “Ozimina”. Just when I thought I may have a grasp on it, Thy Worshiper releases “Klechdy” and changes the rules once again. I have said on numerous occasions that “heavy” is a relative term….. some of the “heaviest” things I have ever heard are not metal at all…. Wardruna anyone? Thy Worshiper has almost done a turnabout with its style this time around while still remaining one of the most intriguing and captivating musical acts around. How is this possible to change from style to style and still be the same? Well they have never painted themselves into a musical corner, allowing for numerous styles to influence their unique sound. Musically speaking, I will still say Negura Bunget may be the only “metal” band I am comfortable with comparing them to…… I would almost want to say Zappa on a few levels or some jazz/classical artists come to mind.
Delving into this you will immediately note that founder, guitarist and vocalist Marcin Gąsiorowski has taken a lesser role in the vocals department while Anna Malarz has taken a more “lead” vocal role, if you can call it that. They both vocalize back and forth between songs whether it is actual lyrics or backing howls, droning, chants or screams so it is sometimes hard to define who is the “lead” vocalist here. One thing that will strike you hopefully is that you are not just listening to this…..you become immersed in it. Listen to “Halny” as just one example, the layers of percussion and time changes, staccato guitar, various vocals styles…..hypnotizing. I would want to call this somewhat tribal but it doesn’t have that overwhelming rhythmic feel to it, more contemporary and flowing, free form but with structure and purpose and definitely not simple or easy to just learn how to play. One suggestion I would make is to listen to the whole album and then go back and pick out one specific instrument to listen to for the whole album and then repeat with a different instrument……go ahead and try to write some this complicated and yet still comprehensible. I would say “black metal/avant-garde soundtrack” is the simplest tag I could put on this. It would be one thing to do this for a normal length album but this almost 80 minutes of truly cosmic, mind altering music.
“Ozimina” should have been a warning to us all of what was coming next, but this is truly an overwhelming musical experience for the uninitiated and certainly not one that could have been predicted. Thy Worshiper have not only pushed the musical envelope, but have incinerated it. Subtle in some places and more direct in others “Klechdy” is not for the faint of heart or weak of mind. Another sonic triumph for Thy Worshiper, they have once again set the bar so high this time, it has drifted into oblivion… is this “heavy”? As heavy as a comet headed straight for Earth, amazing album