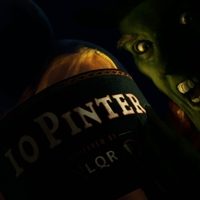 LQR has released their debut album “10 pinter”. The Dutch band is a nice mixture of genres, as folkrock, punk and gypsy, with strong influences from bands like Flogging Molly, The Pogues and also Gogol Bordello.

The opening track “The Application” is all this approach and probably the best song of the album. “10 pinter” is a really good work and is hard to find the highlights, once the band remains solid during the whole album, but I chose the Mexican-like “Mis amigos”, the hilarious “Leprechauns” and “Misery Loves Company”, with a powerful accordion lines and choirs.