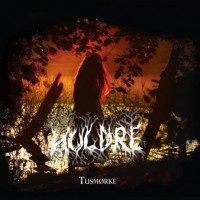 I was stunned by the debut-album ‘Intet Menneskebarn’ dating back to 2012. Huldre managed to add a dimension to folk-metal. An unique sound which you recognize at once, when you hear it. With tons of folk-metal in my collection, Huldre manages it every single week to be in my playlist with at least one song. They did a stunning show at Wacken and I must admit I was a bit in fear for this new release. First albums of bands contain often fully developed songs which are almost impossible to beat. But Huldre took it’s time, 4 years for a new album, a torture to some fans, who don’t want to wait this long. But what did it do for the band? Nothing but good, I would say. They managed to release a new album, just as strong as their debut. No major changes in style, songs form both albums could easily be exchanged, you won’t notice. But saying it’s just more of the same would do the band no justice. The band has matured even more and this album is produced very nice. Although it’s metal, the sound of Huldre is quite clear, fitting the enchanting voice of Nanna perfectly. Closing your eyes, you can imagine this Viking woman protection her tribe with her witchcraft. These unique vocals build up the nicely woven spells with the violin, hurdy gurdy and flutes.

Again Huldre made an awesome album. This an album which I are going to listen to many, many times, that’s for sure.