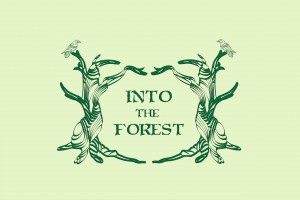 It’s starting to be a little tradition. A one day folk / pagan metal festival in the fall in the south of Holland. For the third consecutive year metal fans from the entire country assembled to celebrate their favourite music. With about 500 paying visitors the festival was practically sold out. No wonder with headliners Heidevolks and Equilibrium. The fact that Paganfest and Heidenfest had not been around for a while must have helped as well.

Apart from folk and pagan metal bands the festival is known for their morning picnic (not so well attended this time) and the little metal / Viking market with animal hides, skulls and jewellery. New this time was a second stage with more and less serious shit going on. We’ll come to that a bit later.

Vanaheim
First band on the main stage was Vanaheim, the band of festival organiser Nick Roovers. They were pleasantly surprised by the number of people showing up this early on a sunny Sunday afternoon. The sound was good from the start, which was an improvement compared to last year. The Dutch band, containing a German bass player and a French guitarist played a strong set of pagan metal. The crowd loved it and had plenty of fun in the moshpit. This year Vanaheim will release their first EP. I am looking forward to it. The enthusiasm of the crowd and the overall relaxed atmosphere would stay the same the entire day.
Rating: 8/10

Firtan
First time for Firtan in Holland. Pretty decent show, professionally brought. A few negatives: the keyboard was rather in the front of the mix (especially where there was no keyboard player to be seen), the songs are a bit long to be interesting the whole time and in fact the band was a bit too ‘black’ to really fit in the festive mood of the programme. Crowd loved it, though. Changing from rowing on the ground to moshpits, no problem at all.
Rating: 7/10

Nothgard
The other band of Equilibrium guitarist Dom Crey. He is a very busy dude, playing 48 gigs in 24 days! The melodic death / pagan style of Nothgard was appreciated. The band had the fans playing with an air filled ball. Nice duets between the two guitar players. Ending with the fast ‘Lex Talionis’, you really can’t go wrong.

Laguz
First band on the second stage. Folk, but not metal. With harp, violin, transverse flute it was a nice change from all the noise from the main stage. A high church in the background made a pretty picture. A few metalheads tried a little dance, for which they got a little applause.
Rating 7.5/10

Finsterforst
As you probably know by now, Finsterforst is one of a kind. One of the very few bands who can play songs that last more than 10 minutes and still captivate the entire audience. And one of the few bands that dares to mix dark and serious music with folky silliness. And you know what? It works. Moshpits and crowd surfing all the way. Unlike the singer of Firtan, Finsterforst’s singer Olli Berlin does have a good clean voice. That makes the band stand out even more. Great show.
Rating: 9/10

Heidevolk
All of a sudden the hall is packed. Local heroes Heidevolk take the stage. Still obviously very popular, although the old fans have some trouble getting used to the new vocal tandem. Having played multiple shows all over the world Heidevolk is a well-oiled machine. Utterly professional, know how to please the crowd. And with an ending song like ‘Vulgaris’, you always leave the fans satisfied.
Rating: 7.5/10

Noord polka
Two of the guys from Vanaheim, together with the keyboard player of Stailinn Drakk, thought it would be a good idea to play some metal songs on accordion, a strange booming box and keyboards. They thought it would be an even better idea to do this dressed up like an Austrian and a Minion. And was it a good idea? Yes, it was. Raping songs like ‘I was made for loving you’ and ‘Polkka im Auge’ they had the crowd going wild. A tiny moshpit, for which there was absolutely no room. And a very long polonaise walking on and off stage. It was awfully hilarious. Big smiles all around.

Equilibrium
The epic pagan Bavarians came, saw and conquered. A lot of stuff from new album Armageddon. No surprise that a song like ‘Born to be epic’ works very well live. A pity that the sound was one of the poorest of the day with the backing track way too soft. But no matter. The mix of superfast songs, a little more mid paced stuff and some drinking songs is guaranteed to bring a huge party. And the gig in Eindhoven was no exception.
Rating: 9+/10

In conclusion, a great party. And there is more good news. There were enough paying customers to make sure the festival will live to see another episode. Guess who’s going to be there too?