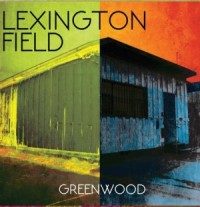 Lexington Field released a first album way back in 2011 already and have been quite productive from the start. I likes their fiddle rock from the start, but they never managed to be added to Folk-metal.nl, because they simple weren’t ‘heavy’ enough. This changed in 2015 with the release of their album ‘Greenwood’, which sounds a lot more solid compared to their previous pieces of work. I’m glad I have the chance to listen to the whole album now.
The album starts off a lot louder than we’re used to by Lexington Field. They stay true to their fiddle based sound, but managed to write new songs which have more solid guitar, bass and drums then we’re used to. The sound is a in the range of bands like Sir Reg, with a nice punky base, but no authentic or faked Irish accent this time.
Another trademark of their punk heritage is the criticism on society, which can be heard in a lot of their songs. The band has something to say, nice if you don’t like the message, too bad. A year after they released this album, they released a single ‘Fuck Donald Trump’, well that’s what I call taking a stand!
And then there’s always this fiddle, it doesn’t matter if a song is tending a bit more toward punk, rock of americana, there’s always this fiddle right in the middle!

I hope this is just the first album in an epic range of albums with balls, this sound fits the band extremely well. Great piece of work!