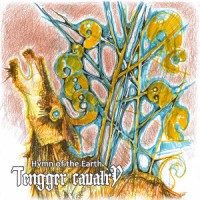 Global Music Award-winning Nomadic Mongolian folk metal group Tengger Cavalry have reissued two of their earlier albums originally released in 2013 and 2014, re-composed and instrumented. 2013’s The Expedition was reissued as Cavalry In Thousands, and 2014’s Ancient Call was reissued as Hymn Of The Earth. Both albums are available via Bandcamp.

Each reissue features brand new melody compositions, vocal lines and re-recorded guitars. They thought the original songs that were written years ago had the potential to be modified and improved, so the texture and melody was transformed, replacing death growling with throat singing, etc.

The Mongolian army still drives their horses towards the enemy and completely run them over. So, if you’ve never listened to Tengger Cavalry, you should do it now. Tengger Cavalry isn’t the ordinary folk-metal, they don’t use European folk-elements, but true North Asian folk. In the hands of these proud and fierce warriors music is a deadly weapon. And with this re-worked songs, it’s even nicer to listen to.

Is this re-issue worth your money? It depends, if you already possess the original album ‘Ancient Call’, I wouldn’t bother. But if you don’t, it’s a good buy. Although I prefer ‘Hymn of the Earth’ slightly.