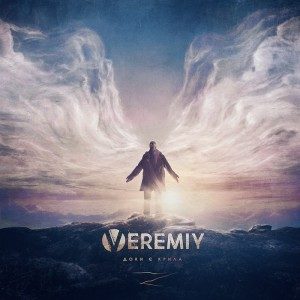 Folk-metal.nl is following the whereabouts of the Ukraine Folk-rock/metal band Veremiy since their first album in 2012. Their music sounds pretty nice, but this is the only downside of their music as well, it’s all a bit too nice for my taste. A bit to ‘neat and tidy’, the best band you can compare them with is Viter, also a band from the Ukraine. And maybe a bit with Germany’s Letzte Instanz and compared with them they are even a bit folkier.
Regarding my comments on their previous albums, I was really happy with the first notes on their new album, would it be more ‘heavy’. But this is not the case, after a few seconds the somewhat poppy sound comes in and Veremiy is back with the sound we used to know from them. The authentic instruments give it all a folky taste, nothing wrong with that, but still can’t convince me 100% because of the ‘lack of loudness’.
But apart from that, there’s not really a bad thing to say about this album. The songs are all pretty nice. I don’t know what the Ukraine folk-fans are really into, but if the Ukraine could be compared with Germany on this point, the band has probably a bright future lying ahead of them. The band will appeal to a broad audience with folk-fans, but fans of a more pop-rock sound as well.
Again a very nice album of Veremiy.