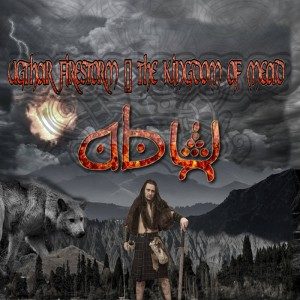 ABW has released an folk metal album and… I mean, a kind of… WHAT!?
Despite their something arround 10 album/singles I never have heard or read something about these guys before… and probably you also not. I can explain why: they aren’t an metal band. Actually, they are some funny guys making a lot of crazy stuffs with music. I mean WEIRD stuffs, as the The “Anus Doctor​-​EP” (2014).

“Ugthar Firestorm & The Kingdom of Mead” is “OK”. They picked up the cliches of the folk metal style and tried to do something funny. That’s it.

And keeping the “tradition”, the album has an terrible and same time funny artwork.​