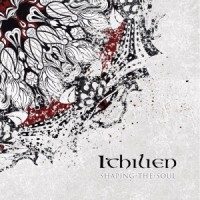 If I had to guess, I would say there aren’t many frequent visitors of our site who do not know Eluveitie. Obviously one of the bigger bands in the scene with a very own sound. And how many of you know their little brother Ithilien from Belgium? It wouldn’t be fair to name the band a clone, but the influence is very clear. Second album ‘Shaping the soul’ will be available from February next year. We already had the opportunity to have a listen.

In the past years the band has known a few changes in the line-up. That hasn’t changed the sound and direction of the band too much. As with Eluveitie folk is the most prominent character. The vocals of Pierre even reminds of Chrigel Glanzmann. Actually the vocals are the one thing that attracts me the least. The band calls its style FolkCore metal and as you might guess, that’s mainly because of the style of singing. For me, that hardly ever works in combination with folk metal. With Eluveitie is does, with Ithilien not all the time. For instance on ‘If only’ its gets rather annoying after a while.

Other than that, our Belgian friends present a very decent album. A lot of traditional instruments, like Hurdy Gurdy, Bagpipes, Whistles and a Bouzouki. Strong compositions, lots of variation between the songs. Not overly long, not too easy or difficult for the ears. Not extremely original, but enough to enjoy. Instrumental piece ‘Emma’ is a nice little in between the harder stuff. Next one ‘Edelweiss’ again brings us thumping bass, nice headbangable melodies, traditional instruments and a shouting Pierre. A typical song for the album. If in doubt listen to this song to get a feel for it and judge for yourself if you like what you hear.