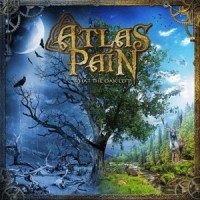 Nothing new under the sun… that’s is how I can summarize (in my modest opinion) the Atlas Pain’s debut album “What the Oak Left”. The band lack of identity was not expected (despite the boring album artwork).
The Italians followed the typical “epic-kind-of metal recipe”. The type that you find in tons for everywhere. The album is very tiring including one unnecessary and boring instrumental music with 11:29 min to close the album (White Overcast Line). Why? WHY?
The only thing that deserves compliments is the member’s technique, they are good musicians… but I can’t take their work seriously, is shallow.
“Bloodstained Sun” is, perhaps (if I can say it), the best track.

Ok, it is a debut album and the band can grow in the future. Maybe?​