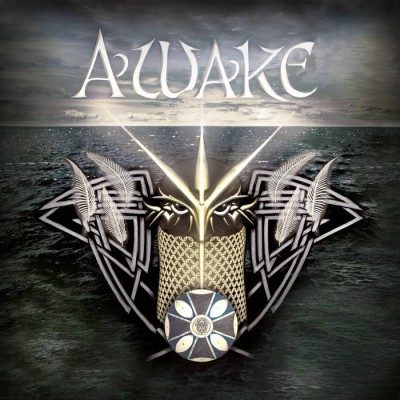 Some of you know that I have hosted a folk metal festival here in the US (Pocono Folk Metal Fest) and Winter’s Wake has played at both of them so far and for good reason. This Staten Island New York crew have always brought the fire when it comes to playing live and now they have issued (finally) a new 4 track EP entitled “Awake”. The title track has been kicking around since last year and now there are 3 additional tracks to compliment it. Jumping back to 2011, they issued their last music release with another EP entitled “Yellow Moon” which was skull crushing when they were officially a 6 piece. Now as a 4 piece, I would say they are even more crushing…..yes the old “addition by subtraction” thing. The tracks average about 5 minutes in length which I think definitely works for their style which I wouldn’t necessarily call “Viking metal”. While there are some elements of VM, I would say some symphonic, death and thrash metal should be thrown in to the mix as well. If you could combine some elements of Vesperia, Sekengard, Helsott, Ex Deo and Wilderun you would have some inkling of the WW sound. Going to 4 members has “streamlined” the process and the songs are not necessarily simpler but more cohesive. Having heard most of their tracks live, I can attest that they have the same impact in both the concert setting and the listening at home setting but on different levels. While playing live, the tracks seem a lot heavier since you tend to hear more of the heavier parts. On “Awake” you get to hear all of the little nuances more, especially the programming/keys parts and of course, the violin which acts as lead instrument without being overly “violin” all of the time. Does that make sense? I guess it doesn’t “sound” like violin throughout which could get super annoying but they have opted to create a different feel to the violin throughout the EP. Maybe the biggest highlight for me was some nice acoustic guitar thrown in for good measure. Is this a “concept” EP I am wondering? Given the track names (“Rise” , “Awake”, “Return” and “Unbound”) I suspect a common thread but not overtly so. After a few listens you will just keep hitting repeat on this as the 20 minutes goes by pretty quickly and the tracks are catchy and more importantly, memorable. The vocals are powerful and shrieky at the same time while the riffs are not overdone. The style of tracks is more rhythmically based then a ton of useless notes and the tempos are not too fast to be blurry and sloppy. The mix and recording is decent for an independent with my only gripe is that I needed to turn it up to really get everything to my eardrums and that is not a problem at all…the louder the better. I told them after they played my fest that they sounded better than ever and now with “Awake” it just further proves what I knew all long….Winter’s Wake crushes and they have put it out there for everyone to enjoy.