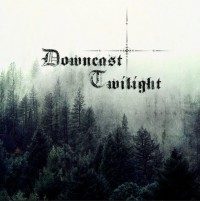 Downcast Twilight is a seemingly new group with a debut entitled “Under The Wings Of Aquila” out on Stygian Crypt records. The album features 10 tracks totaling approximately 40 minutes in length and stylistically, they dive into Ancient Rome for the subject matter of the tracks. The obvious comparisons are going to definitely be Ex Deo and Ancient Rites as far as song subject matter is concerned and even song style wise they are pretty decent comparisons but possibly a little folkier. In a different twist, the lyrics are being supplied by author Marios Koutsoukos who specializes in historical fiction. Assuming other albums are in the works in the future, you may hear some tracks with Ancient Egypt as the lyrical themes as he has also written on this subject as well. If you recognize the name, he has also made appearances on the Folkearth and Folkodia albums as lyricist and/or keyboardist also on Stygian Crypt. Is this a full-fledged group going forward? Time will tell but the debut is pretty solid so hopefully the band as it is stays together. I wouldn’t say there is anything on here that is super unique in terms of musical ideas as I feel it is pretty safe from a songwriting point of view. The tempos are mid-paced for the most part with flashes of violin and keys augmenting the guitar, bass and drums. I would say the power metal/thrash comparisons would be warranted as there is some flashy guitar licks and solos in most tracks Vocally, the death/black style is what I would call what Vitold Buznaev uses and I think he does a solid job (and yes, he is a guitarist in Grai when not doing this) Highlights for me include “The Ironclad Legion” which I found to be the heaviest track here and closing track “The Red Queen” featuring omni-vocalist Hildr Valkyrie and a killer fret-less bass solo by Chris Zindros but most tracks are on par with these two. Maybe an interlude part or two in here would have made this a little more fulfilling or finished but all in all a decent effort and certainly very promising.
A well-rounded production and mix definitely are employed here and does help enhance the listening experience. While I wouldn’t say this could topple “The Immortal Wars” as best Roman themed album for 2017, it is a decent debut and a nice kick-start for a hopefully future 2nd album.