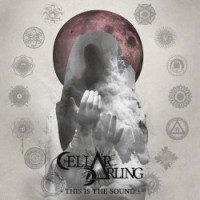 Cellar Darling is a newly formed band from Switzerland. But its members were present under the name of Eluveitie for a long while. When their split was announced back in 2016, the fans were shocked and worried by a majority but it didn’t last long since both Eluveitie and newly formed Cellar Darling displayed their brand new singles in a row. It is now evident that the ex-Eluveitie members have chosen a new path to follow and diverged from their old style. They are the “storytellers” according to their statement on their official website and will lure you away into their arcane merry-go-round of miscellaneous stories. With their new mellow sound, they are by no means similar to Eluveitie. Guitarist Ivo Henzi, being the only heavy element on the whole album, has a huge role in general. His shreddings shape the course of tracks along with beautifully written hurdy gurdy parts and also make the album heavier for the most part. Seemingly, Anna’s way of playing the hurdy gurdy has changed a lot. Back in the Eluveitie days, she was playing the hurdy gurdy mostly as a background instrument like, say, bass guitar. But now on this album, hurdy gurdy plays a significant role and is more on the front as it can be seen in the songs like Hedomnia, Rebels and Starcrusher. Anna has once again proven that she’s a top-tier vocalist by hitting those high notes perfectly. Ups and downs are all around the album. While songs like Water and Six Days (which has some serious classical music influences in it.) lower the overall pace of the album, songs like Fire&Wind&Earth and Starcrusher elevate it once again. I personally liked ending of the album a lot. Hedomnia does a significantly good job of preparing the listeners for the outro track. And Redemption, being the outro track, gives you the goosebumps and literally puts a smile on your face.