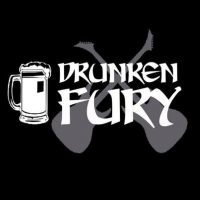 First of all, killer name…..one I wish I had thought of. Secondly, debut release from this “Québecois” horde is upon us with “I-Warriors Of Flavor”. (yes, they are from Quebec in Canada). They have been in existence for a few years (2015) and are a 5 piece in a traditional metal sense (dual guitar, bass, drums and vocals). So where are the folk instruments you may be asking? No worries as there is enough other stuff going on to not make you look for them. If you insist, there is some programmed stuff and/or some pedals being used throughout where needed. Stylistically I would put them in the thrash/melodeath category with a close comparison to a mash up of Æther Realm and Alestorm being pretty decent or even some classic Covenant (Norway) or Arcturus. They show a little bit of everything on “I-Warriors Of Flavor” and first is an obvious sense of humor…check out the album cover hopefully inspired by first track “Taking Back Ramen Road”. This ode to instant noodles is chock full of riffs and unserious lyrics. Drunken Fury is not just about the antics and can be more serious….take 7 minute track “Jacques Cartier” as an example. A tribute to the famous French explorer who discovered Quebec amongst others locales, the track features a nice prolonged middle section of guitar harmonies. Totaling 28 minutes in its 6 tracks, “I-Warriors Of Flavor” hits every mark for catchy memorable tunes and great musicianship. Being a first release they have thrown a lot out there for you to grasp onto and a future release may or may not be so diverse….time will tell. I generally am not a fan of albums/EP’s that are kind of all over the place but for Drunken Fury it works. I think it works since the songs still have a signature sound even with different styles at play…..and that bodes well for a bright future. The mix and overall sound is pretty decent too with nice crunchy staccato guitar, semi-subdued bass and drums and raucous vocal. The programmed stuff or keys sometimes seemed a little too out front on occasion but nothing major. Quebec has too many killer bands (hello Voivod, Talamyus, Distoriam, Valfreya, Trollwar and tons more) and Drunken Fury is now in that club for sure. I hear my microwave beeping that my Ramen is done……great debut.