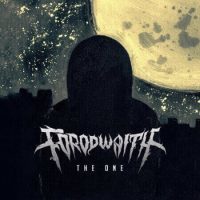 Yes, you are right of course. Forodwaith is basically a melodic death metal band. Second album from the guys from Belarus is consistent with the style of their debut album. Only just enough folky elements for a place in the spotlights of our beloved webzine.
Do me one favour. Listen to ‘Sons of Odin’ three times in a row.

It only takes a quarter of an hour for you to decide to listen to the rest of the album or not. In spite of the title this is a true drinking song. Closer to Equilibrium then to Korpiklaani. These bands being more pagan folk metal bands, Forodwaith is more in line with Insomnium and After the dawn. Only a bit more symphonic, happy and with different lyrical themes. No questions at all about the craftmanship of the musicians. I am slightly hesitant about some of the song writing. A song like ‘Till my Pyre will burn’ contains too many elements to still be coherent. This is the exception, though. Most songs are well thought through and brought with conviction.
A song like ‘Mani’ will once again divide the troops. Is it heavy or true enough? Is it cool to use non acoustic folk instruments and rely on keyboards? Same question for next to last song ‘Ostara’. Can you accept an overall metal feel with a lot of boxes ticked, while at the same time some of your boxes aren’t? Not singing in their native language, no flutes or violins, no tree hugging going on here. Come on, just enjoy the music. There is no faulting the band. You may question the choices the band makes, relying on a melodic death metal basis that has seen a decline in interest over the years. Then again, who cares about what’s fashionable this year and will be ridiculed next year? I know I don’t. To quench your thirst for folk elements, just enjoy the last minute of the album. Bagpipes, yes from a keyboard, harsh vocals, medium tempo. Enough to fill your heart with joy. Maybe the band doesn’t change the rules. But if you are into melodic death metal with a pagan, folky feel, don’t turn your back on Forodwaith.