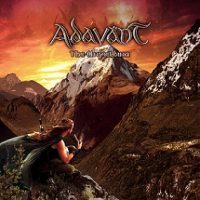 With 2018 looming in the near future, it is inevitable we will start seeing albums for the new year arriving and the first is the latest from Adavänt from Arizona USA. Due to be released at the end of January, their 3rd full length will be entitled “The Unyielding” and will be released independently. It has been 3 plus years since their last effort “A Light Cut Through The Void” was released (2013) and this time around they are tackling the most dreaded of releases….THE CONCEPT ALBUM. Dreaded I say? Well you can either sink or swim with a concept album and I am always going to compare it to the classics for me (“Abigail”, “Operation Mindcrime”, “Dimension Hatröss” and a few others). So, is it successful? Let’s put that on hold for one second to go over their sound……epic melodic symphonic folk metal in the vein of other US acts like Winterhymn or Helsott or possibly some Ensiferum and some eastern European acts like Grai but none are spot on comparisons. They are a 6 piece in a unique configuration of dual guitars, keys, drums, vocalist/bassist and female vocals so there are lots of possibilities as far as vocal ideas and styles available track wise. Now onto the album….and what a nifty package this is. What is the concept? Hard to summarize but it is an original story about a warrior on a journey of revenge and has some mystery to it. I don’t have lyrics to follow along but I would assume they help tie the loose ends together to make sense. Musically, you are not forced to necessarily listen as a concept piece as the tracks stand alone as individual pieces. There is a lot of variety on “The Unyielding” with various styles, tempos and lengths. Tracks range from 4 to almost 11 minutes with album closer, the epic “Gardens Of The Ivory Keep”. This is a lot of music to digest in one listen (12 tracks at 72 minutes) but after repeated listens you will begin to chip away at it and it will be worthwhile. The vocals are the highlight for me, both Nathan’s and Charlotte’s….yes the music is killer but their vocal interplay really sells the songs and the concept. They create different moods and direction throughout the tracks with the growls of Nathan and the semi-operatic delivery of Charlotte. There are lots of other tasty highlights from the riffs and keys interplay to the various drum and bass lines…..no missteps here at all. I would question whether this may be a tad too long and if they could have told the tale with a song or two less but if that’s the worst I can come up with then get in line to buy yourself a copy in January. It really has almost a Broadway play soundtrack feel to it as the drama starts to become more tangible with every passing track. Of course, it would be the heaviest show ever performed if that were the case.
Mix and overall sound is superb with enough clarity and heaviness to appease all listeners. Not even 2018 and an album of year contender already……an early Christmas present from Adavänt.