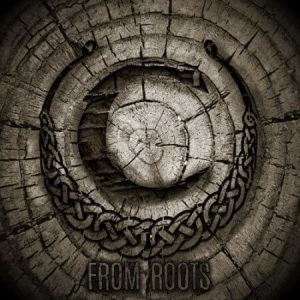 Cernunnos, an ancient Celtic deity whose powers embody fertility, wealth, animals, the underworld, and life in general is a god you probably shouldn’t fuck with. However, a band from the region of none other than Buenos Aires, Argentina has decided to take the moniker of this pagan god of old. Will they pay him homage?

‘From Roots’ is a short EP, spanning just under 20 minutes with a total of five tracks that are actually acoustic based renditions of songs pulled from the bands 2016 full-length debut ‘Leaves of Blood’. Having never heard of this band, I decided to check out their old material to get a sense of where these songs are coming from. Let me just say that I was impressed with Cernunnos’ overall sound and appreciated the bands ambition to cover songs such as ‘Scarborough Fair’ and ‘Dragonborn’ (Skyrim fanatics be sure to check out this bands metal take on the epic piece). However, since From Roots is an acoustic album, I wanted to review it as something completely separate from its metal-based predecessor.

There are no electric guitars to be found on this EP. However, that doesn’t prevent Cernunnos from rocking out more traditional instruments such as flutes, violins, and of course some good old fashioned guitar. Take a listen to the beginning of “Birth of Galatia” to hear all three of these instruments in harmony to a jig of a song that makes me want to dance around a campfire like a madman. The song, let’s “Folk and Roll” also features some really good guitar work throughout, and an epic acoustic solo two-thirds through.

The acoustic nature found on From Roots also showcases no harsh vocals. Lead vocalist Martin Noe manages to provide some great singing using his upper register (rock it out man) throughout most of the record. There is also some variation with group chants and softer singing that is clearly displayed in the Scarborough Fair ballad.

Overall, I think this is a strong EP that showcases some catchy folk melodies and fun instrumentation. More importantly, I think this demonstrates Cernunnos’ capabilities of returning to their roots and exploring a rustic, yet true sound that does in fact show respect to the Celtic gods of old.