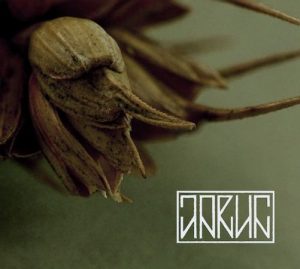 Just when you think you have a pretty good grasp on what a band may be all about, they can change direction on a dime. Need an example? Poland’s Jarun is one of the best. Formed in 2008, this 5 piece have now released a 3rd album entitled “Sporysz” and I am still trying to figure it out. I reviewed their last release from 2015 (“Pod Niebem Utkanym Z Popiolu”) where I was making comparisons to Satyricon and Mayhem which on some level, I think still work. However the music and overall direction has gotten to be much more eclectic and progressive so a little Solstafir, Alvenrad and maybe better would be Thy Worshiper also seems appropriate to compare them too….both having roots in Poland. There are 6 tracks here totaling over 43 minutes so 7 minutes a track or so it is. I can appreciate growth in any band in terms of being better musicians, writing more complex material, improved production, etc. However, in Jarun’s case they have become an entirely different band altogether for the most part. Yes, they are still heavy but I think they have tipped the scales more in the progressive direction than black metal style. Vocally is where they are still the most connected to heavier material with Mateusz ranging between a death shriek and a coffin groan throughout the tracks in their native Polish. There is some blast beat sections and overall simple parts but the direction seems to be more towards the tad quirkier with varied time signatures and interlude parts throughout. For us here at the site, I think if there was some actually folk instrumentation here it would go a long way but I don’t here any…..just your guitar bass and drums. I like the album for what it is…..progressive/slightly black metal but not really a folk metal album. I do like the production and mix as it still has enough grit to be heavier than most progressive style albums but still has the audibility and clarity that you expect from music with this much going on.
All told, “Sporysz” is a decent album with some killer musicianship and vocals but not really a folk metal album per se but something more towards a progressive project at this point.