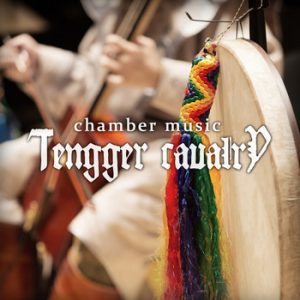 After countless singles, EP’s, a compilation and a live album, Tengger Cavalry releases their 12th full album in 8 years. Not in itself a guarantee for quality. Formerly based in China, mastermind Nature Ganganbaigal moved to the USA. Recently Tengger announced the dismissal of the band. I am not entirely convinced this is the last we will hear of the band, or of mister Nature Ganganbaigal. He seems to go about things in his very own way. But if this would be the parting album, it is not a bad way to go.

As usual the Igil is the most prominent of the folk related instruments. Another usual box to tick is the throat singing. Oriental melodies, check. Fine production. It’s all there. Most songs blend in easily with the rest of the band’s discography, while a short instrumental song like Electric Shaman might be a bit too poppy for the true metalhead. Overall the first half of the album has the most interesting song writing and melodies. The second half did grab me quite a bit less. Not all experiments work as well. But then, the band never hid from a risk or two. The band doesn’t don’t seem to care if they all work. The voyage looks to be more interesting than the arrival.

As with the number of releases, the band does not restrain itself concerning the number of songs on the album. No less than 15 pieces, in length varying from 1 to 4 minutes. That is simply too many to earn a place in the minds of your average metal lover. A song like ‘The Old War’ is a prime example of a B-side of a single. Nothing to complain about, but neither something to get excited about. If this is the end of the road for Tengger, it would be a shame. Especially because the band has won over quite a few fans in the Western world and has paved the way for more Oriental bands. Were the band or its members to pick up their instruments once more, it wouldn’t hurt to give the marketing end of things some extra thought. The originality and quality is there. It’s the quantity that diminishes the impact.