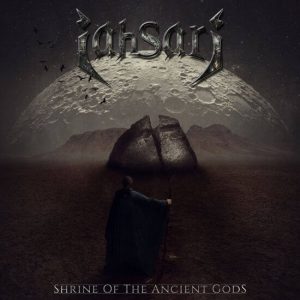 Submitting a launching disc is not easy for any band, the first moments from the album for those who like to listen to the entire work as a kind of step by step adventure are always difficult, especially if you are looking to catch the listener or generate expectation from the very welcome. *Iahsari* does it very well. A quiet start, with atmosphere and a good welcoming fill in complex and interesting folk melodies. Passing through the songs and listening a little later on this disk, I feel that this role is being represented by the drum sounds as in ‘*Unbowed*’ – which could have a more marked ending that would not leave me hanging, waiting for a little more at the end- and ‘*Shatilis assulo*’, which could cause a little loss of the initial expectation generated by ‘*Daisi*’. I need to clarify that I am not saying it is bad after the first song. There are very good guitar sounds in all the tracks, and the female choirs are delightful throughout the whole album, especially in ‘*Gelino*’ -with its many different nuances-, which became my favorite along with ‘*The dream*’. However, the keyboards may feel out of context sometimes and the voices in ‘*Shatilis assulo*’ miss all the power in previous songs which took away some emotion from “*Shine of the ancients gods*”, On the other hand, the composition ways on ‘*Gelino*’ and ‘*The dream*’, are perceived much more worked up, reason why we hope seeing more of this musical approach used in the future; especially the style in ‘*Wind Divine*’ that helps a lot to the unique style of *Iahsari* and is very rich musically from start to finish, making it very remarkable and a “must” in this album. ‘*Swords’s outcry*’ fully recovered my interest, then feeling very well rewarded with the following songs and ending with interesting sounds as in ‘ *Epilogue*’, that like the ones in ‘*Wind Divine*’, it gives that bonus to a band that we hope to see grown on the metal scene to give us more of this vivid symphonic, oriental folk style.