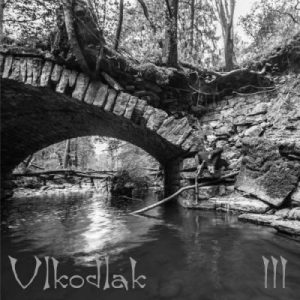 I think at some point almost every folk, pagan and Viking metal related act may get the bug to go acoustic if they haven’t already. Some of our favorite acts here like Baldrs Draumar and Grimner have done exceptionally well by doing so and I think it’s worth giving it a try for any act. Take an example in the latest EP from Vlkodlak entitled “III” as another successful venture into acoustic tracks. Featuring 5 tracks and totaling 21 minutes “III” as you may have guess is their 3rd official release, previously being a full length in 2008 and an initial EP in 2005. Vlkodlak are another band who have waited quite a while in between releases as you can see there is a 10-year gap. Well they have come back so to speak with a strong return in “III”. I think most closest comparable band would have to be my beloved Goblin Hovel although not as cacophonous and more linear….maybe a little Thy Worshiper, old Paganland, Equinox or Wartha in there? Whatever they sound like is a tough call. Although they call Switzerland home now, their name and lyrics shows that they are still connected to their original home in the Czech Republic (“Vlkodlak” translates as Werewolf in Czech) Vlkodlak has primarily been acoustic from the beginning fusing doom, black metal and folk into their sound, although first EP “Temna Cesta” was mostly electric. Since then they have gravitated towards the pure folk path with acoustic guitar. I think the interplay between Stef and Cecile on vocals is the highlight here for me….Stef’s baritone and Cecile’s smooth style offer some nice texture. Stef also breaks out the more death/black metal vocals in “Numenor” which I think is also very successful as a juxtaposition between the heavy vocal and folky music. If you are looking maybe for some electric check out the trippy “Trollus” which almost has a dance beat to it along with some sound effects and maybe the most “metal” track here. From a folk instrumentation there is something reminiscent of accordion in “Nahodou” which adds just the right amount of folk to the track along with the piano. After such a long layoff it may be hard to get super excited about an EP from them, but something is better than nothing. It definitely is nice to hear something new from them and hope that an album is a possibility in the near future.