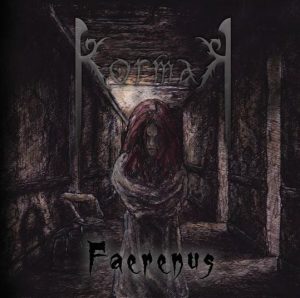 This album strongly starts with ‘March of Demise’ without leaving aside the folk instrumentalization. Little by little, it is giving pieces of some good folk melodies among his symphonic metal power style. You can feel how ‘Sacra Nox’ fills you with energy with its varied melodies including the whistles performance of Zaira de Candia -although I confess that I do not feel very impartial since it is my favorite instrument.
I emphasize the voice and melodies of ‘The Goddess’ Song’ (my favorite), which are very well worked, great performances and perfectly decorated with the sounds of the environment at the beginning and at the end to take our ears to that tavern – when you listen to the lyrics you will understand what I mean.
‘The Hermit’ is quiet, but you should listen to it completely since at 9:15 minutes (yes, this is going to be long) you will have a reverse of the silence since the end of the song. At 11:27 there’s a second reminder that it is not a mistake and will leave you on hold. By minute 15:47 you must be prepared because in case you have forgotten, the surprise can be a bit strong. Then, finally in the minute 19:42 we will receive the reward for the wait: a different version of the same song; which in my personal opinion I think it could be a bit too much, since this extra could be left as a bonus track so you could easily go back and forth instead of waiting almost 20 minutes in (almost) complete silence. Avoiding you to listen to other great songs on this album, such as ‘Faerenus’ or ‘Patient N° X’. Tracks that highlight the metal side of the band with energetic riffs and good melodies.
Finishing now, and due to this is Kormak’s debut, I would like to hear in the future more metal in the songs of this Italian band since it sounds very good from them, and maybe for someone, it can feel a little lack of metal sounds in their songs.

Good album, but let’s wait for a little more energy on the next one.