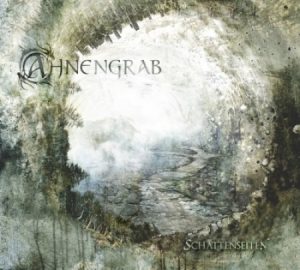 Ten years after their first album, Ahnengrab brings us “Schattenseiten”, his third studio production. A varied and enjoyable album with well-constructed melodies throughout its 10 tracks, but sadly, some of those tracks can be perceived repetitive. The beginning of this release is sturdy with a touch of folk atmosphere, and a melodic content, that is remarkable among the pagan-black genre, and a little standard in metal in general.

Among other songs. “Katharsis” has just the type of dynamism and punch needed to be my favorite of “Schattenseiten”. Also, it’s needed to say that this album has a nice but short vocal performance during the songs, although “K-37c” can have a surprise with the second voice. Emotionally, it can give you different moments -special attention to “…When Paths Separate”-, but nothing beyond the ordinary.

In general, it is a decent, well produced and more melodic work that can be expected in advance due to the band’s musical genre. The performance of the instruments speaks of the talent and hard work of Ahnengrab members, from who we will continue to listen to what they will bring us in the future.