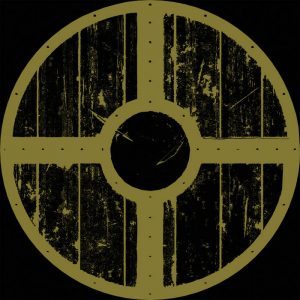 2019 just may be the year of the EP….. and here is another one for review and yes, I know it came out last year, but it is up for review now. I could not have been more shocked when I saw a new release from England’s Oakenshield as I had pretty much thought they had ended the project. Well my hopes were somewhat dashed when I saw these were not in fact “new” tracks but rather 3 unreleased tracks from between their 2 previous albums…..2 originals and 1 cover totaling about 14 minutes. Given the 6 plus year layoff it may be a little difficult to get into 3 dusted off tracks but anything from them is way OK for me. Debut album “Gylfaginning” from 2008 I think is a classic and the follow up “Legacy” from 2012 is killer too….and then nothing until now. These tracks according to the band are from 2010 so in between the two albums and I think you can hear that to a point if you know the two albums relatively well. The 2 originals are really also interpretations of traditional English songs “Twa Corbies” (“Two Ravens”) and “Lyke Wake Dirge” (no direct translation I could find per se but it refers to a body lying in state before burial). Of course, I delved into the two albums again to get my bearings back and a blend of countrymates Forefather, the mighty Grimner, Einherjer, Mithotyn and older Thyrfing I think are pretty favorable comparisons. These two tracks tend to lean more towards the “Legacy” material where I think they started sounding a little more progressive but not stifling so….more expanding on their original sound. The folk instrumentation from their previous efforts (most notably I would say either flute or whistle) is not present which tends to give them an altogether different sound. There is some acoustic guitar which is all the folk instruments you will get here. Vocally Ben Corkhill (who does everything else here as well) does some layered clean along with a gritty black/death style which both work well. The tracks are decent, and I can say that it’s nice to hear them even if not brand-new stuff. The EP ends quite quickly with 3rd and last track with a cover of the epic Bathory track “Man Of Iron” from the “Blood On Ice” album from 1996. This is the most adventuresome track here, especially when you try to deviate from the master that was Quorthon and his original version. The original track is acoustic and shorter than I would have guessed if asked (under 3 minutes). The Oakenshield version is almost 5 minutes with a nice interpretation of the acoustic guitar before going electric and heavy which quite shocked me. Normally you hear the opposite (heavy into an acoustic version) so to hear this was a nice surprise with both vocal styles being used along with the heavy music. Let’s hope this is a precursor to a new album waiting in the wings, shall we? Not necessarily a must have comparatively speaking to the albums but again, anything new (even if just unreleased stuff) is still welcome. Good EP.